1 week before my Ski Trip Adventure 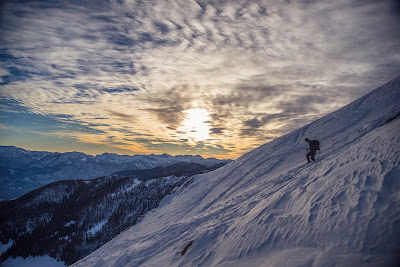 Heavy snow fall, started at 7:30AM. It's -2*C. It's the rush hour in Switzerland. Heavy snow and Rush hour not good combination because road clearing trucks can't do their jobs. Nyon was chaos. Roads were unusable. Interestingly when the roads are all covered with 5 inches of snow we have realized how steep the slope is from the lake to the town. The cars were stuck, slipping, skidding, doing zig zags.

Everybody was a bit scared. This is the test of your winter tires, your driving skills and your nerves. We drove around town and looked from all the angles. All the roads looked dangerous and unsuitable for driving. Why were they not treated before I don't know.

My french teacher who was traveling from Lausanne, left at 7:45AM and arrived at 9:30AM.

Evening: The roads have not been cleared very well. Very low temperatures foretasted for tonight, around -5*C.

All the wet snow became icy, and fresh snow has fallen on top of it. We went for a walk in the dark and it was just beautiful. I loved the crunchy sound under my feet, but the ice will make driving tomorrow very interesting.
When we came back from the walk and opened the front door the neighbors cat Lulo who thinks this is his territory rocketed inside. I like the black cat Lulo. He is always ready to play, to comfort me and to eat. He thinks if he behaves like another child in our house he will get treats, like children do in our house. Right now he is sleeping on the chair next to me.

Logic: We start very early at school on Wednesday. I usually arrive late. However, I am very efficient and productive and the later I start, the sooner I finish all the math work during the lesson. Unfortunately, my math teacher doesn't see my logic, and according to his logic I am just lazy bones who simply cannot get out of bed at 6AM while it's -9*C outside, dark, snowy, and the roads are dangerous. This is probably general logic in the whole of Switzerland as I am the only one who is late.

Five days to my ski trip.

Excitement: I'm not a bad skier. I love skiing. I love snowy mountains. I've got some cool bits skiing kit that I like to show off.

Worries: Although we revived a letter about the trip, it has four pages and we still haven't managed to translate it all. The cost was written in bold writing, that was the most important bit and we paid. But the rest is still a bit misty. Out of the million questions I have in my head, I would only mention this one. How am I going to cope for a week skiing with forty Swiss-French speaking children and Swiss-French speaking professors in some mysterious Swiss-French Alps?
Mobile phones are forbidden.

The most mysterious thing happened today. Unfortunately I'm the only one who has seen the great mystery and following discovery of the century.
My mum gave me two gloves this morning. I got ready for school, grabbed all the things that you need for a school day. I hopped into the car. It was -7*C today and we had to leave the house at 7AM. I started to check whether I've got everything, only to find out that one glove was missing.

It was only 15 minutes since I had both gloves. We went back to the house and looked everywhere. We checked the dressing room, utility room, the places that I walked by, and I've never been to. No glove.

This is a big discovery! Matter has turned into Energy!

I have proof. The glove was still not found. If this would have happened 7km from my home, in CERN Laboratories, in the Large Hadron Collider I would get the Nobel Prize! But what do you get in my house? Grief. All they want is the missing glove.

Observation: My parents are materialistic, and they have no interest in revolutionary scientific discoveries.

Today was an important day heading towards my ski trip. We went to hire all thee ski equipment. It's not super duper top of the range cosmic stuff which you can show off to your friends. Actually it looks pretty beaten, but it's only a stepping stone to the full scale magic of the ski trip next week.

The last day of school before my skiing trip. I triple checked with my teachers, and no, mobile phones are not allowed. This may be the beginning of a disaster. How am I going to be in touch with the outside world without the internet or a mobile phone?

Temperatures still around -5*C but no more snowing today.

Tomorrow is the day.

We have received heavy snow over the weekend. Switzerland now looks bit like England, and England now looks a bit like Switzerland. Frost, snow and more slow. I've realized I will need toothpaste and we all set for a walk to the shop, which is 4km from our house. We walked through the woods in the snow which was very tiring. When we reached the shop I was exhausted and dehydrated. We decided to have a cup of tea.

Foolishly I wanted to look like a grown up and I ordered mint tea. They brought a posh looking set. Boiling water, sugar, a long long spoon, and finally lots of suspicious looking leaves in a sieve which you are supposed to dunk in the boiling water.

I did everything that I was supposed to. It smelled lovely but it tasted so yucky I can't describe it.

It was strong, very bitter, and two packets of sugar only made it worse. It tasted like your most hateful food in liquid form. I only just resisted the urge to spit it back into the posh cup and send it back where it came from. I will better stop describing the disgusting liquid, because I still feel sick when I think about it. I should have ordered good old Coca-Cola.

The worst part is Sunday evening when I need to pack things for my ski trip. My parents seem to be thinking that I will be thirsty, hungry, cold, miserable and sick.

The treats, board games, throat sprays, vitamins and generous pocket money are supposed to save me from this ugly destiny.

Despite their efforts, I'm still excited and I can't wait until tomorrow. The big day of my great Swiss adventure, all on my own. The weather forecast in the mountains is a healthy -10*C.