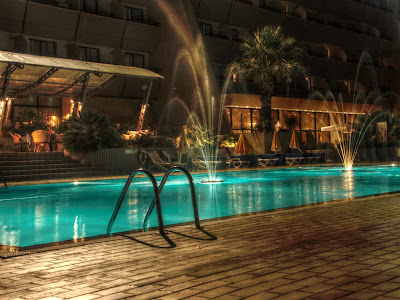 This was a discipline I did not think I would survive. Swimming outside at -10*C seemed to have been the highlight of of the ski trip.   The water was pleasantly warm, but our hair had frost on it. If I had ever wondered about the expression 'my brain has frozen' I do not need to wonder any more.   It really did feel like my brain is freezing. My ears were already frozen and my hair was white with icicles. My brain was just about to hibernate when Mateusz, my friend, came up with an excellent idea!   You need to keep your head underwater as long as possible. Only come up for a breath if necessary. Now this has warmed my head, but I've read that after 5 minutes without oxygen the brain suffers serious and possibly irreversible damage.   This worried me a bit. There has been a genius in our group. He found a solution.   It was very simple, and hence the best solution. You would never have guessed! We simply followed his lead and used our hands to stop the water jets
Post a comment
Read more

Hello! It's been 3 years and a bit since I first started this blog. Since that time, I've struggled with my web host to keep it up running despite the very old blogging platform I was using. A year ago my blog completely broke.  I've finally decided to go through the long and enduring process of recovering my old database data, and migrating all my articles to something a bit more modern... Blogger! Perfect. Run by Google, this will never die on me again! The whole process was exhausting, but after many hours of work it's finally here! During these past 3 years, I've been integrating with the local educational system, and trying my best to keep my marks up! You will have undoubtedly realised that the time between blogs has been increasing. Study has started eating up a lot of my time, especially now that I am at college. I have very little free time, let alone time to think up entertaining stories. I really do hope to advance this blog on further sometime. U
Post a comment
Location: Nyon, Switzerland
Read more

Observation #1 I have noticed one big difference between Swiss and English class. We all know what an English class looks like when there is no teacher. Fights, weapons, wars, riots, shouting. I was surprised to see that Swiss children without a teacher behaved differently. One could almost call it a boring past-time, but it is something more. They love to play with paper and pen.   They fold paper into magical things, they play battleships, noughts and crosses, and many other games, and they are very good at them. Observation #2   The official languages in Switzerland are Italian, French and German. Romansh has a special status. Secretly French, Italian and German parts don't really like each other. Officially, the government insists that these three and only these three languages guarantee a strong constitution. English is a bit of a problem. On one hand the government stopped the only English speaking radio, they translate all the English movies into French and German
Post a comment
Read more

There are a lot of things that I do not understand and the love thing is one of them. I mean, there is this girl in our class. Her name is Izzy. She's nothing extraordinary. Long hair. Long legs. Big smile. Just like any other girl. Mark has been going all gooey around her. He says he's got a problem with parents, with math, and with his love life. What?   One day Mark and Izzy started to think up names for 'their children'. What? If somebody asks me I would say first they need to establish a language that they can communicate in. Izzy is Portuguese and Mark is Polish and their English is not that great. Suddenly Henry tells me that he is in love with Izzy's easy smile. What? Mark and Henry confront Izzy to see which one of them is more cute. Izzy says that they are both very cute and she points out to little Jack and says that he is also very cute. This causes a little problem. Who else does Izzy think is cute? Does Mark win or does Henry win? Why can'
Post a comment
Read more 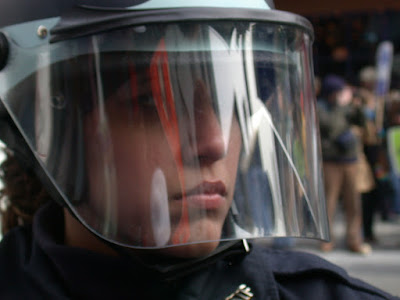 When the boys are changing for their gym or swimming lesson, the changing rooms are a riot. This is mainly because the boys are on their own, without supervision. It might have something to do with changing clothes and adrenaline before and after sport. I'm not sure. Maybe it's just the way that boys are. I am a peaceful kind of guy and riots unsettle me. I try to keep away from them and neutral like Switzerland. To say the truth, screaming, shouting and banging lockers are not my thing. But when you are changing for sports this cannot be avoided.   I've noticed today that somebody's sport shoe landed quite painfully on my shin. I thought it was a mistake. When another shoe landed in the same shin I started to feel pain and I thought that somebody maybe not aiming well. When yet another sport shoe landed on the same shin as mine i was very positive that it was not a mistake and somebody is actually aiming very well indeed. Unfortunately this is not a situation wh
Post a comment
Read more 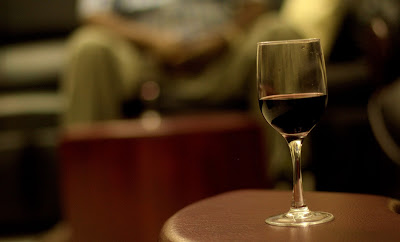 This is the weekend of the big event. Our friends 50th birthday. My parents decided to drive from Geneva to Hamburg. IT was not a problem as we literally live in a car. I'm in charge of the GPS, I read books, I watch movies and I'm in charge of catering (I tell my parents I'm hungry, and we find a nice Marché with all day hot meals).   I was very worried about the event, but it went well.   First I learned that if 35 ladies had their hair done at a hairdressers, and there is a torrential rain a gentlemen is required to hold an umbrella above as many of them as possible on their way from the hotel to the bus which was collecting us. Another small problem was the strange, polite and probably social rules around hunger and food.   I mean, we were all hungry and nice ladies were coming around with trays full of nibbles, but I couldn't for the life in me grab some and simply eat. We were standing around the table and sipping drinks for around an hour when I decided tha
Post a comment
Read more

Thursday: Today it was more like: Coppet -> Nyon (School) -> Divonne (France, diesel for car) -> Coppet -> Geneva -> London. Today was a long and interesting day. The most interesting thing was to see our plane from Geneva to London delayed, delayed and delayed until, after we took off, the Geneva airport was closed! See for yourself. Geneva, waiting until the plane finally arrives from Heathrom. Heathrow, sending planes as fast as it can, with full flight departure boards. Friday: It would have been nice to have a lay in after our late arrival yesterday. We had to take our dad to work and therefore woke up very early. The lady at breakfast asked me if I wanted boiled eggs, scrambled eggs, poached eggs or fried eggs. I said Yes. because I was half asleep.   The adults laughed and said in that order please.   I did not get this joke at the time as I was concentrating on not falling under the table.  We had hairdressers and some shopping to do today. We've go
Post a comment
Read more

Being a French teacher 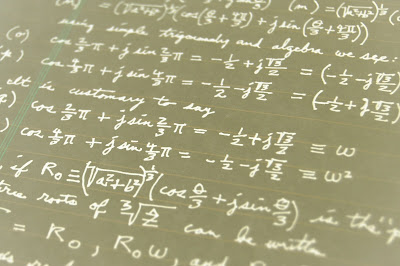